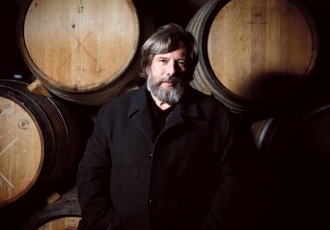 It’s been well over a century since René Barbier’s father Léon trekked from his home in Avignon, France, southward across the Pyrenees to eventually settle in Tarragona (Spain) due to the phylloxera and to the First World War. He applied his knowledge of French winemaking tradition to the climate and generous soil of Catalonia, producing wines of superb quality. Year after year and harvest after harvest, successive generations of Barbiers have maintained this winemaking tradition while also adopting the Catalan drive for innovation.

There are not a lot of other winemakers with his history of high scores year in year out. The Wine Advocate has scored René’s wines more than 94 points ever since 2003 and before that, not one wine under 90. Besides, his wine was the first to receive the newest classification, “Vi de finca Qualificada” as best of the best.

He has revived the Priorat and gives it world recognition. 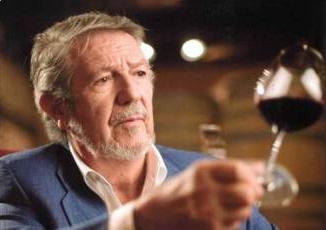 Mariano Garcia has been a legend in the world of wine since his teens. Son of an agricultural worker, when he was only 18 years old he happened to pass by the winemaker’s office one day when they needed another taster. With no knowledge of wines, he was the only one to pick out the two identical wines in a blind tasting of 20. He was immediately put to work in the winery and trained at the School of Winemaking and Viticulture in Madrid. In 1968, at the age of 24 he was made winemaker at the estate, which was Bodegas Vega Sicilia, the most prestigious winery in Spain.

Today, Mariano García besides being responsible for his own two wineries, Mauro and San Román, is also founder, part owner and technical director of Aalto, his Ribera del Duero project, that he has managed to place,in only 12 years,among the best 100 wineries in the world.

One of the best European winemakers, making wines that are unbound by appellation limits.

Raúl Pérez is one of Spain�������s brightest winemaking stars, a national treasure of Spain much like Rafael Nadal. Born into a Bierzo winemaking family, he has established his own winery in the region and now oversees production of his family’s wines at Castro Ventosa. He started winemaking in a garage back in 2002 with a bunch of good Albariño and a handful of 750 litres barrels, including hard work, lots of encouragement and an underwater ageing process that revolutionizes the art of winemaking.

Unafraid of failure and pushing boundaries, he has taken the art of winemaking to a new level. Raúl Pérez is driven and his top-quality wines, with a limited production, prove it. There are many talents who grew up with vines, who innovate, who study intently the world’s wines and their making. Raúl has this and more: an uncanny knack for knowing what a vineyard needs and how to treat that vineyard’s grapes once in the winery to achieve their greatest expression. He believes that wine is made in the vineyard, but is undeterred from trying a multitude of strategies to find that vineyards voice.

Raúl Pérez is a wine legend. He makes the most unusual wines in the world”. 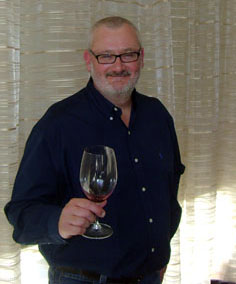 Chris Ringland, a native Australian, began making wine at the age of twelve, and it’s been his passion ever since. Even he says he doesn’t know why, but Chris has been obsessed with winemaking since anyone can remember. After graduating from Roseworthy College (an Australian wine-centric college comparable to California’s UC Davis), he worked at New Zealand wineries for several years, then traveled to California to work the 1987 vintage. In 1988, he returned to Australia to study under Robert O’Callahan of Rockford, one of the leading cult Barossa Valley wineries.

However Chris became pretty famous in 1993 when Robert Parker tasted his own Three Rivers Syrah. Every vintage since then he has received 99 or 100 points. Parkers comments were that that wine was arguably the greatest syrah made in Australia. Now he is the senior winemaker at R Wines, Bodegas Alto Moncayo and Bodegas El Nido in Spain.

Chris Ringland stands at the summit of world Syrah producers. 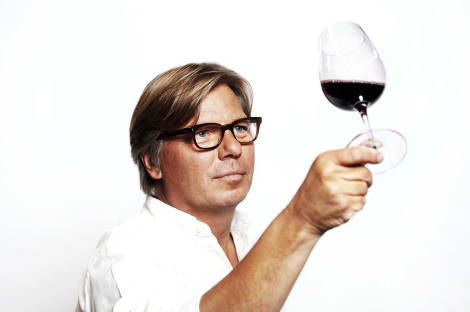 Agronomy engineer and oenologue graduated from Bordeaux University, Peter Sisseck is a visionary Danish winemaker. He worked for several important Bordeaux wine cellars and for Simi Winery (California), and together with his uncle, Peter Vinding-Diers, he became known for pioneering a new style of Bordeaux white wines. He arrived in Spain in 1993 to manage a new project, Hacienda Monasterio.

While planting and developing Monasterio, he began to dream about the old vines he saw dotted around the Ribera del Duero landscape. By the 1995 vintage, Peter had found a group of old vines that spurred him to embark on his own project. He called it “Pingus,” after his childhood nickname. Robert Parker announced the wine on the back cover of his Wine Advocate -One of the greatest young red wines I have ever tasted”- bestowing an unheard of 100-100 point score in 2004. Over the past decade, Peter has continually refined his original vision. Since 2001, he has employed biodynamic viticulture to capture a healthier balance in his vineyards in new projects as Quinta Sardonia.

He raised his wine to the highest imaginable level of international recognition. 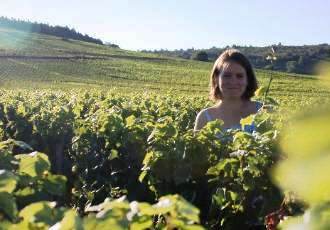 Bibi Garcia was born in Seville, in 1977. Fascinated by perfumes and aromas from childhood, she studied Chemistry at Seville University (5 years) with the aim of become a “nose” and develop perfumes but then she chose studying Viticulture at Engineering Agronomy School at Madrid (2 years) and Oenology at Cádiz (2 years).

Bibi Garcia was born in Seville, in 1977. Fascinated by perfumes and aromas from childhood, she studied Chemistry at Seville University (5 years) with the aim of become a “nose” and develop perfumes but then she chose studying Viticulture at Engineering Agronomy School at Madrid (2 years) and Oenology at Cádiz (2 years).

In her opinion, the winemaking process has much of that mystery, alchemy, art… that she loved from the perfume. So it has been 10 years since she dedicates to the winemaking art. 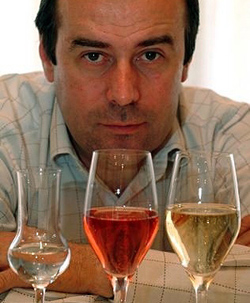 Agustí Torell Mata was born into a dynasty of tailors and musicians, but went into the world of cava at a very young age, a world that turned into his profession and his passion.

Pioneering, passionate and tireless, he created in 1953 the first wine analysis laboratory in the industry, managed important wineries in the Penedès region and set up his own cava winery in 1950.

Due to his enthusiasm and vision of the viticulture industry, he soon became a reference point in the internationalization of cava. It is in this spirit that he fostered the creation of the Cava Guild, which acknowledged his work by appointing him President of Honor some years ago.

Agustí Torelló Mata’s success is the result of a personal commitment.
?>